The Garage Makeover Blog by Slide-Lok

It Took Concrete To Erase My Long Held Hatred For NASA

Yes, you read that title correctly. It took old, heavy, tried and true, boring concrete, to erase my long held hatred for NASA.

I’m embarrassed to say I have (wrongly) been a hater of NASA for many, many years. And like so many haters, my hate was based on what I now have discovered to be faulty and flat out wrong information.

As a child, I was a huge fan of NASA. Who wouldn’t be? I grew up in an era where NASA put men on the moon and the future seemed limitless and exciting. As kids, many of us believed Star Trek and Star Wars was going to be the reality. And then somewhere along the way, something terrible happened. NASA’s budgets were cut and with those cuts, came the virtual end of our manned space program. NASA became boring and unexciting. Sure, we still sent people to the international “space” station, but let’s be honest, that tin can orbits barely high enough off the surface of the planet to be called “space”. So, the net result, is that for many, many years, I’ve been down on NASA. I’ve been down on our space program. And, I think I’ve not been alone in this. I think there are many people like me, who loved NASA a long time ago but who became secret, or maybe even open, NASA haters, once the manned missions wound down.

My son and I went to the world of concrete show in January 2019, and while there looking at exhibits, my son said “hey, do you want to go check out NASA’s booth”? At first, I didn’t think I heard him correctly, and he had to repeat it a second time. And then I think I said something like, “NASA’s here at the world of concrete, you’ve got to be kidding?” But he wasn’t kidding and yes, NASA was there.

So, we began the walk, across several convention halls, migrating towards the hall and area where NASA had their booth. It probably took us 45 minutes to make our way over there. If you like big construction equipment and technology, it’s hard to walk through a trade show full of interesting equipment used in construction, without stopping to look at a lot of things. But, eventually, we made our way over to NASA’s booth. And I’ll confess, on that 45 minute “migration”, that long meandering walk over to where NASA had their booth, I was probably the proverbial “downer”, making all sorts of snide and derogatory comments questioning why our space agency was wasting our tax dollars with a booth at a concrete show. Why would they be here, in this “ugly, heavy construction” tradeshow? How far our mighty NASA must have fallen, was what I was thinking. I was not a happy person.

And then we arrived at NASA’s “booth”. And while NASA was “there”, they also kind of really weren’t there too. Ironically, the government “shutdown” was in full swing, so the NASA staffers, deemed “non-essential” were not working the booth and were not in attendance. Instead, a representative of Caterpillar (the big, beautiful, heavy construction, equipment company we all know and love, especially those of us who are fans of Yukon Gold, or Swamp Loggers and enjoy watching excavators and big machines work) was working NASA’s booth for NASA, along with another young man from a robotics company. And in that booth, courtesy of the Caterpillar rep and the young man from the robotics outfit, NASA was showing something quite extraordinary.

NASA had 2 large, flat screen TVs in their booth. One flat screen had a “movie” showing artist renderings of what habitats on Mars might look like someday and how they might get built. And yes, they were the typical artist rendition, comic like and not something that give you a lot of confidence that we are anywhere close to achieving the “vision”. But it was that 2nd flat screen TV that was the game changer. And what was showing on that 2nd screen was truly inspiring. It erased years of my hating NASA. It was a video, of the inside of a warehouse, somewhere back east, on planet earth, showing real machines, robots, running around the floor of the warehouse, “printing” the walls of a habitat, a “house” if you will, with concrete.

So it turns out NASA has had a contest running for some time, to solicit ideas, designs, technology, for how to build habitats on Mars to house and protect people when we do send people to Mars. And as part of this “contest”, NASA has shared what it has learned and knows about what is on Mars, with the idea that these habitats need to be built, as much as possible, with materials already on Mars, due to the logistics and practicality of what can be sent from earth to build these habitats versus building habitats with as much materials that can be found on the surface of the planet. And the amazing thing, when watching the movies of these real robot machines “printing” walls and structures out of concrete, is that you quickly realize this is not “pie in the sky” imagination stuff that is decades off from being real. We are almost there technologically, right now, today. Frankly, I thought the idea we’d be sending people to Mars was farfetched and more of a PR marketing stunt than reality. But after seeing the very real machines that have been developed, I’m now a believer. I can certainly see how we are very close indeed to having the technology ready to do this. We will someday in the not too distant future have the ability to send an army of robots to Mars, those robots will build the habitats, and those habitats will essentially be ready when people arrive.

So, after many, many years of being a NASA “hater”, I’m back to being what I was when I was a kid, a NASA fan and excited again about space exploration. After returning to Phoenix, the first thing I did was go to see an old friend and share my observations with him. He really is an “old” friend, both a friend of many years, and a friend who is, well, old. But he’s been in the science arena for 60 plus years and knows so much about all this, and this gentleman is one of the smartest fellows I know. And after sharing my observations, he laughed and told me that NASA’s biggest challenge these past years, is not pushing the technology ahead, it’s that their budgets have been cut so much, they have little money left to do PR and tell the American public what it is they are actually working on. He opined that if more Americans knew the incredible things NASA was working on, then more of us would be NASA supporters. I think my old friend is right.

And, after seeing this exhibit, at of all places, the world of concrete trade show in Las Vegas, I’m here to tell you, we’re going to Mars. We may not be going tomorrow, or next year, but the technology is very real, we are close, and someday, in the not too distant future, we, as human beings, will have the very real ability to go to Mars and live and survive there. How incredibly exciting to know that we are part of something much bigger than just today, just ourselves, once again.

Kudos to NASA. And thanks for once again making me a believer, at a venue of the most unlikely of places, the world of concrete! Who would’ve thought?

If you are curious and want to learn more, here is a link to NASA’s website page on this project.

As an aside, after thinking about the machines and technology my son and I saw in that NASA booth, we both realized that construction robots are here to stay, and we’ll be seeing much more of them in the workplace, right here on earth and very soon. It seems obvious now why Caterpillar was and is working with NASA on this MARs habitat contest, as this contest is also a technology incubator for robotics and AI that will find real and useful purposes right here on planet earth. It seems clear Caterpillar sees this opportunity and wants to be able to take advantage on the equipment side of this future world. And the other fellow working that booth, the young man from the robotics company, he said something very interesting to us. He said that while I was obviously impressed with the machines I was seeing in the video, the real advancement was in all the AI developed to drive those machines. He told us for every scenario the engineers could plan for and envision happening, for instance the “printing head” on the robot breaking off, there were 100 scenarios they could not envision or plan for and the AI being developed had to be able to respond to those unforeseen, unplannable contingencies. He said the AI was the real gem in the technology being developed out of this NASA program. I think that robotics fellow is right. What an exciting world that is coming soon to a place near us all, right here on planet earth!

And, to the men and women of NASA, sorry for losing faith in you all these past many years. I just didn’t know. Maybe I wasn’t truly a NASA hater all these years afterall, I had just become ignorant of the very cool and incredible things you all have been working on, and I just needed to “run” into it, like a wall of concrete, at a concrete trade show! How ironic. Thanks NASA! Thanks for coming to a concrete trade show, to show me the way to Mars! 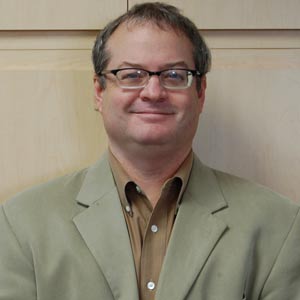 Brian Strayer is an engineer, lawyer, and business leader. Brian’s past adventures include many years advising the top leaders of a NYSE listed multi-national on a wide variety of matters, from intellectual property to M&A, including serving as head of the legal department, before transitioning into running industrial operations. Today, Brian uses his science, engineering and law background to solve practical problems standing in the way of reducing expenses and growing sales. When not working, Brian enjoys sailing, playing chess, fishing and hunting.

Back to Posts on The Garage Makeover Blog

Find a Slide-Lok Garage Floor & Cabinet dealer in your area.

Find a Slide-Lok Garage Floor & Cabinet dealer in your area.